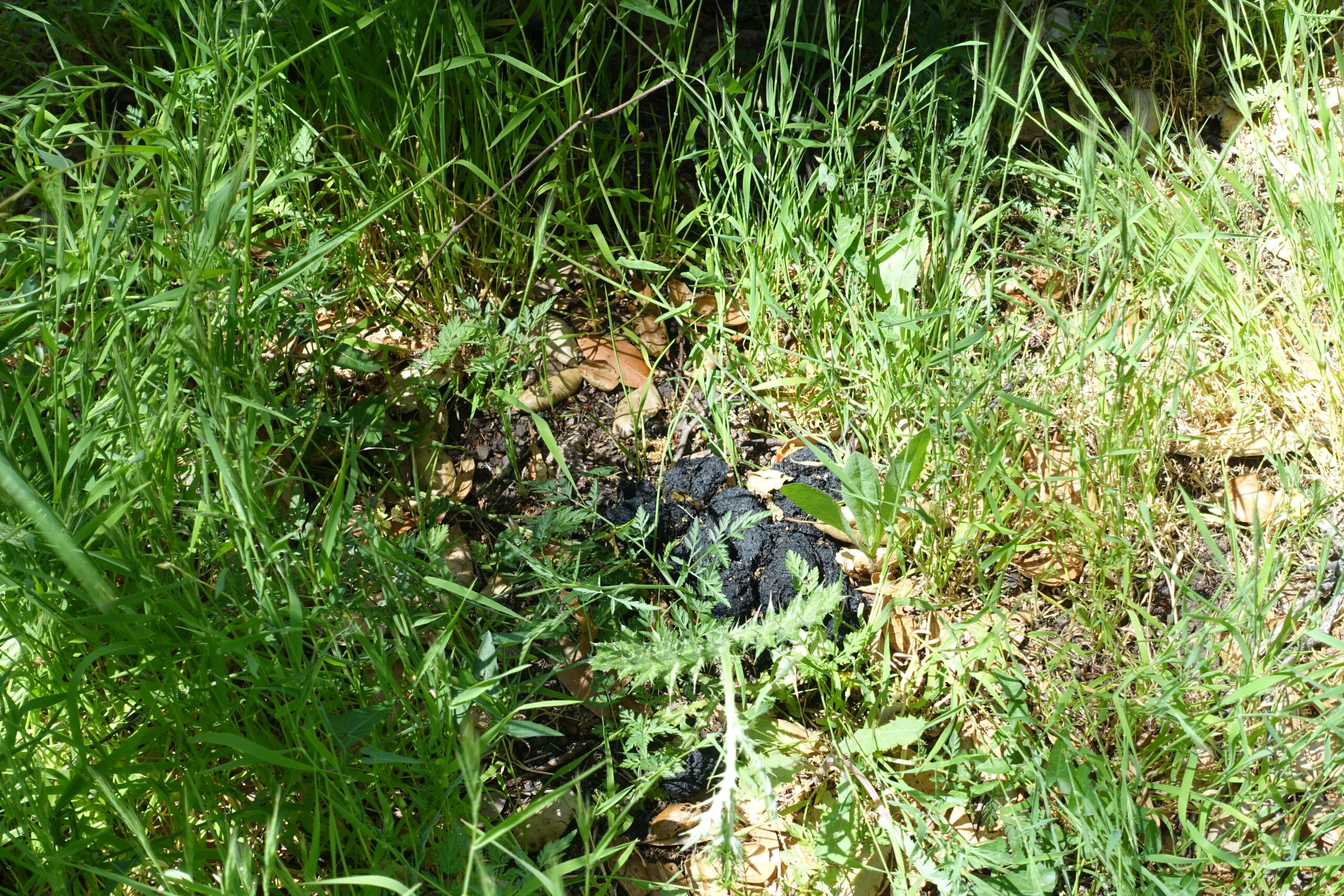 The NBBC
The North Bay Bear Collaborative is a working group of agencies, non-profit conservation groups, landowners, and individuals committed to being proactive liaisons between humans and bears. Its mission is to mitigate future challenges that may arise from the North Bay’s increasing black bear population. It is hosted by Sonoma Ecology Center.

Black Bears are Here.
We know that black bears are here.  Over the past several years, more and more black bears have shown up on wildlife cameras rambling throughout the backcountry of Sonoma County and the North Bay.  Several have made the news by ambling into backyards and towns in search of food and mates.  Whether you love them or fear them, it’s now time to learn how to live with bears and keep them wild.

That’s why a bunch of us recently gathered at Sugarloaf Ridge State Park for training by local wildlife experts with the North Bay Bear Collaborative. We were there to volunteer and to learn how to help conduct field research to find out more about our growing bear population. This was the kick-off for the second year of the bear DNA project to analyze genetic samples from bear hair and scat found on the landscape by experienced trackers and volunteers.

“Black bear population and range in Sonoma and Napa counties seem to have increased over the last few years,” said Scientific Lead, Meghan Walla-Murphy, “But how many, and where they are and where they are coming from is still a mystery.” Better understanding of the bears is essential to protecting them and preparing people for their presence among us.

In 2020, the DNA sampling found evidence of 33 individual bears roaming across four study areas in the Mayacamas: Sugarloaf Ridge State Park, Montini Preserve, Pepperwood Preserve, and the Dunn-Wildlake Preserve in Napa County. The wildfires across the county cut the effort short as only four of the total 16 areas slated for the bear study were surveyed. This year, the goal is to complete the other 12.

Sitting in the rustic amphitheater at Sugarloaf as the sun warmed the morning and a flock of cedar waxwings flew into an overhanging oak tree, we learned the finer points of taking samples from bear scat and hair to prepare us to head out into the field. Teams of four to six people will join with experienced leaders familiar with bear tracks and sign for four days at a time to cover plots of about 4,000 acres in size. Carrying GPS devices, wildlife cameras to install, and collection bags, we will face heat, poison oak, ticks, and brush while hiking cross-country into bear habitat. At the training, we saw both bear and mountain lion scat samples to get a sense of what to look for.

Black Bear Behavior
We also learned that black bears are usually afraid of people and mainly interested in eating, and most of what they eat is vegetarian—plants, berries, and insects. Unlike grizzly bears that lived here for centuries but are now gone, the black bear rarely confronts or attacks humans. If they see you, they run away. The best way to keep them at bay and prevent them from turning into Yosemite or Tahoe bears is to keep your trash secured and don’t leave food, including pet food, outside.

The training was conducted by Megan Walla Murphy, and Stacy Martinelli, who is with the California State Fish and Wildlife, the organization funding part of the study.  Sonoma Ecology Center Research Project Manager Wendy Hayes, and Sugarloaf Park Manager John Roney coordinated the training.  Stacy, who designed the study, said, “This pilot study combines government, non-profit and most of all, citizen scientists, to increase our knowledge of our local black bear populations in order to keep the bears wild and both bears and humans safe.”

Each sample costs $100 to be analyzed at UC Davis. Right now, there is little dedicated funding for the actual collection work, training, and fieldwork. So if you are bear curious or just love bears, the best way to support the bear DNA study and the North Bay Bear Collaborative now is to sponsor a sample for $100 or donate any amount you can.